We will focus on enigmatic stories from the Romanov family history

Romanov Secrets Tour in St. Petersburg is focused on the glorious dynasty of Russian Tzars. Being the second (and the last) dynasty of the tzars after Ryurikovich, the Romanovs became a symbol of the Russian Empire. On the tour along with the statues and monuments dedicated to the emperors you will visit the burial vault of the Romanov family – the Peter and Paul Cathedral.

We will focus on mysterious and enigmatic stories from the Romanov Royal family members’ history. Most of the stops will be at the main squares of the city where the monuments to the Russian Emperors and Empresses are, and most of the stories will be connected with the secrets of their marriages, coups d’etat,  births and deaths. You will learn about the persons who thanks to the secrets of their lives have been named “the Russian Iron Mask”, “the Russian Hamlet” and “the Sphinx who took his secret to the grave”.

We will visit the Peter and Paul Cathedral where the Royal family members are buried and see the Mikhailovsky  (St. Michael’s) Castle, the Church of the Savior on the Spilled Blood, the Palace Square,  the Senate Square and St. Isaac’s Square.

A part of the tour will be dedicated to the secret of Grigori Rasputin, this Siberian peasant whom the Russian Empress called “Our Friend” and to the relationships between him and the family of the last reigning Russian Emperor – Nicholas II.

The tour can include the inside visit of the Yusupov Palace where we can see the room where Rasputin was murdered.

Romanov Secrets Tour in St. Petersburg is highly recommended for history lovers and big fans of the royalty.

Venture a tour to the imperial residences of Russia: 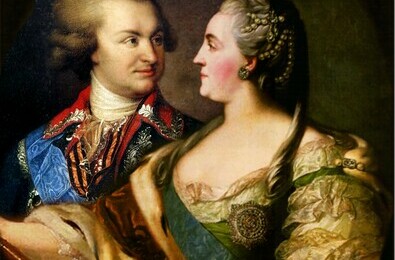 My daughter,who visited St Petersburg last Autumn, recommended Timofey Kruglikov Tailored Tours to show us around this wonderful city. From our first email to Tim his contribution to our trip was wonderful, tailoring our visits to what we wanted to see. He collected us from our hotel at 9am on the morning of my wife's birthday and dropped us back there at 5pm feeling tired but elated from what we had seen. Tim's knowledge of the the City's highlights are immense and took us to the front of queues making it possible to spend more time visiting the various palaces, Church of the Spilled Blood, the place where Rasputin was murdered - the small theatre was amazing. Tim arranged dinner for my wife's birthday at the Grand which included a birthday cake as a surprise - we enjoyed the evening so much that we returned the following evening. He also arranged lunches

and the information he passed to us about the Russian heritage and the lives of the people who ruled Russia gave us so much knowledge that he made it a holiday to remember. We were transported by his driver in a very comfortable Mercedes people carrier who stayed with the vehicle at all time. Thanks to Tim for making my wife's birthday so special.

My husband and I had 2 days in St. Petersburg, part of our Royal Princess cruise in August 2018. As we knew this might be a once-in-a-lifetime trip to St. Petersburg, we wanted to "splurge" on a private tour, as we don't enjoy traipsing around with a large groups of people, trying to hear the guide and everyone looking at the same things at the same time. We came across Tailored Tours of St. Petersburg in Rick Steves' Northern European Cruise Ports book and knew this would be a good choice if Rick Steves recommended Timofey and his tour company. I found it very simple to book the tour online. Timofey was very prompt at responding to each of my emails and answered all my questions. I appreciated that I didn't need to give a credit card number until the end of the tour, and no deposit was needed to book the tour. Timofey looked after all the details and all we had to do was meet the guide at the port each morning. We were whisked around the city in a comfortable newer vehicle and saw most of the standard top sites. There was plenty of time for exploring the sites inside and out. Vladimir was our guide the first day and Timofey on the second day. Both were very knowledgeable about art and Russian history. I especially enjoyed Vladimir's passion and Timofey's stories about the royal family. The highlight for me (along with the amazing, breathtaking sites), and what made the tours worth every penny, was the opportunity to not only ask questions but to converse with each of our guides. We discussed everything from Peter the Great's building of St. Petersburg to great Russian authors to Perestroika. Our two days in St. Petersburg will remain a highlight of our travels for many years to come, not only because of the amazing architecture, artwork and historical sites, but because of the connections we made with Timofey and Vladimir. We would definitely recommend Tailored Tours of St. Petersburg to anyone wanting a truly unique experience in St. Petersburg and Russia.