Russian Tsars and Revolution Tour in St. Petersburg is dedicated to such fundamental changes in the history of Russia as the reforms of Peter the Great (at the beginning of the 18th century) and the October 1917 Revolution. It also lets you learn more about the people who personified those changes and who tried - successfully or not - to change the history of Russia.

We will focus on Peter I (the Great), both the Emperor and the revolutionary,  dwell on Catherine II (Catherine the Great) and the “epoch of palace coups d’etat”, Alexander II and his Abolition of Serfdom, and Nicholas II and his Constitution, followed by his abdication and the end of the Russian Empire.

The history of the revolutionary movement will include the appearance of the first Russian revolutionary party “People’s Will” (1867) with its desperate “hunting the Tzar”, preparation for the February 1917 bourgeois revolution, Kerensky and the Provisional Government, the Russian Bolshevism, Lenin, Trotsky. We will focus on the facts and myths of October 1917 and touch upon its consequences.

The tour can include the inside visit to the Museum of Political History . We will also be able to include in the tours other museums at request.  Please take a look at the museums recommended to visit on tour:

To complete your understanding of Russian revolution and its reasons we recommend adding the following tours:

Continue the USSR themed tours with the famous Siege of Leningrad excursion! 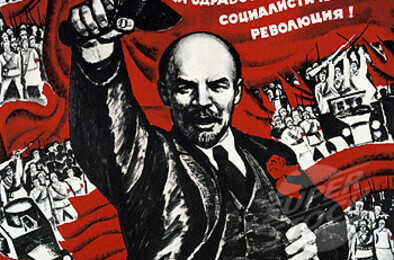 I wanted to write and let you know what a terrific experience we had with St Petersburg Tours. The organisation of the two days was perfect, with the tour including all the many sites we specifically asked to see- and even a few extras, like the Soviet era Subway stations. It was also useful to have had the tickets booked in advance so we avoided all the long waiting lines, something we could never have done our own. Our guide Sergei, was exceptional-knowledgeable, well spoken and attentive with an excellent command of English. He easily accommodated a few last minutes requests and was especially mindful of my 91 year old mother in law. Overall St Petersburg was the highlight of our cruise, all the more so because of your tour company. Many thanks for an outstanding experience!

I cannot speak to the quality of the tour as I haven't participated in one but I CAN state that Tailored Tours communication and customer service was unparalleled. While investigating a tour for my family, I peppered the guide with questions and, edits and suppositions and he never failed to respond in a timely, courteous and thoroughly professional manner. If this can be taken as a measure of his dedication to his company, I would have no issue booking a tour with this company. Well done, Tailored Tours.